The 25 competitors once again found the canal lacking any decent colour, but generally it fished quite well.

At the moment there is no stopping Lincoln angler John Barningham, who after winning the Fossdyke Championship/Frank Butler Memorial last week, followed it up by winning this match.

John drew Peg 2 at the Bridge where he fished bread punch early on for roach at 6 metres.  After catching a good skimmer he changed to groundbait and caster to take several more skimmers and a good perch down the tins to worm, finishing with an excellent 12lb 2oz.

In second place was Dave Hiley (Mansfield) off Peg 1 also at the Bridge with mainly a roach net of 8lb 8oz to groundbait and pinkie at 6 and 11metres.

In third place was John Small (Lincoln) off Peg 33 at the Pikehouse with 8lb 3oz of roach to bread punch at 6 and 11 metres. Paul Cannon rounded off the top four with 7lb 14oz of roach.

The top 4 anglers and 4 section winners each received Christmas hampers and prize monies.

Match organiser John Blades would like to thank all who fished and Lincoln & District AA who sponsored the event.  A big thank you also to Whisby Angling Supplies who also supported the match. 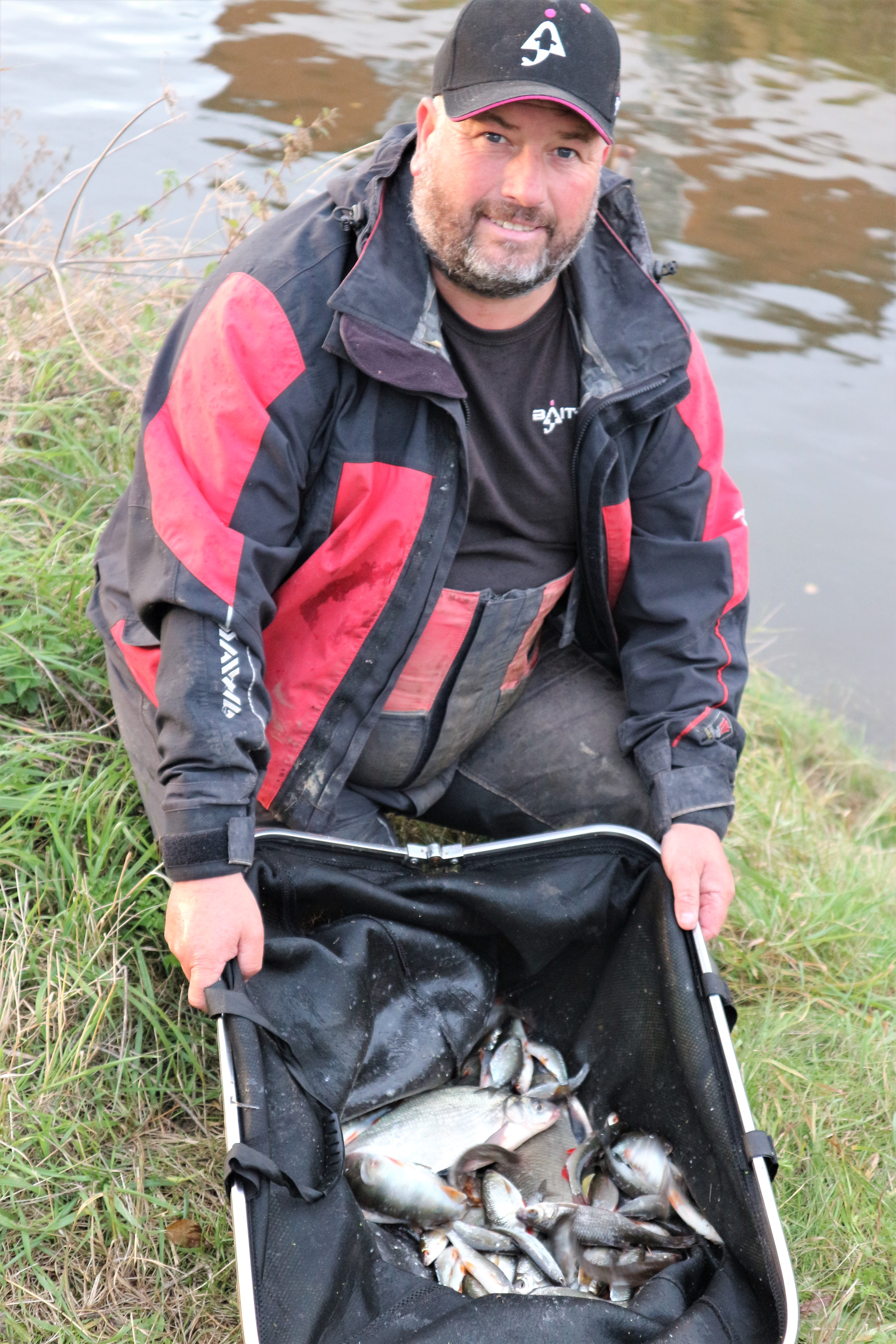