This was the fourth round of the league held on 13th November - and for the first time in the league the 23 competitors found the canal carrying a tinge of colour.

This colour appeared to improve catch weights across the board, with Dale Whelan taking top spot with 7lb 6oz off unfancied peg 15 on the Roadside. Dale fished bread punch at 6 and 13 metres for roach and also had 3 good perch to chopped worm down the tins.

Runner-up was one for the future, in the shape of 16 year old Tyler Thompson off peg 5, again on the Roadside with a mainly roach net of 7lb 4oz to groundbait and pinkie at 8 and 11 metres.

There was a tie for third place between John Barningham off peg 4 at the Bridge and Shane Spraggins off peg 9 on the Roadside, both anglers weighing in with 6lb 4oz.

It's getting tight at the top of the league with John Barningham and Dale Whelan both on 27 points, Dave Hiley on 23 points and Malc Firmstone with Tyler Thompson on 22 points. 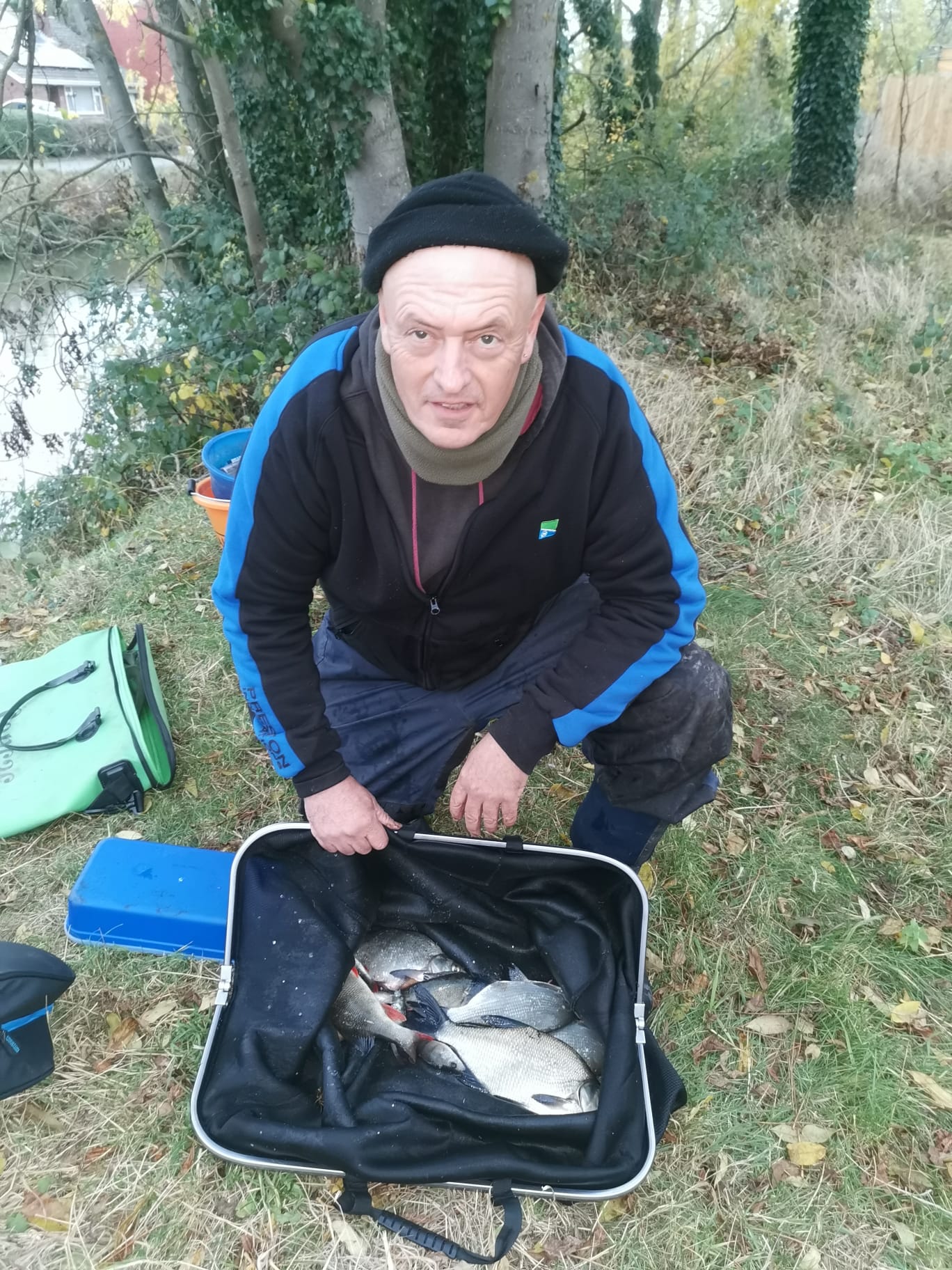