An Exciting Finale To The 2022 Members' Only Match

As the 2022 Members' Only Match drew to a conclusion, the finale didn't disappoint with some extensive weights recorded!

First and foremost, on behalf of all the LDAA Executive Committee and Baliffs, we'd like to thank Whisby Angling for ongoing support and sponsorship. Also a big thank you to every single angler that turned up and made the series truly special.

Over the four matches, members were presented the opportunity to socialise with likeminded anglers from across our catchment area while competing for some generous prizes to be redeemed at Whisby Angling.

The series saw numerous anglers partake in their first competitive matches and one instance saw Marcus Langmaid finish a match 3rd with a net weighing 5lb 8oz in his first ever match. We'd like to encourage other anglers who haven't fished competitively before and follow in Marcus' footsteps as he is determined to continuing fishing in matches and hone his technique and skills.

Starting off at Drisney Nook, then on to the Colbourne strech and with the final two matches taking place at Woodcocks, our esteemed members demonstrated that the Fossdyke Canal is a haven to catch fish despite some challenging factors thrown their way.

Match 4 - with the flow of the canal alternating all throughout the day, fishing was quiet in spells. However, during the six-hour match all competing anglers put in a good shift with floats submerging and quivers twitching, the fish were in abundance from start to finish.

The eventual series winner, Terry Tonks (Peg 6), went into this match knowing he had to outweigh his son, Brendan Tonks by nearly 9lbs to have a chance of earning the title. Terry fought hard all throughout the match despite having to lock horns with a Pike pestering his far swim all through the day. The pike in question hovered around his main swim, waiting to ambush as he retrieved some sizable Rudd. While unfortunately losing some, Terry kept his cool and turned in an eye-watering 19lb 3oz which should have easily surpassed the 20lb mark if not for the attendance of Mr Pike. A massive well done Terry from all that participated and the LDAA (bar Brendan, smiley face emoji).

The top four anglers throughout the series won vouchers to be spent at series sponsors, Whisby Angling Supplies. Prizes were presented at Woodcocks pub by LDAA's President, Stu Lennox who attended the match and invigilate the weigh-in.

Series winners on points and countback:

A special mention goes out to our own Julie Mole, who despite a fractured foot turned up to give all anglers that added encouragement during the final moments of an exciting finale match.

The LDAA Members' Only Match will be back and better than ever in 2023, more details to follow in due 'course', stay tuned! 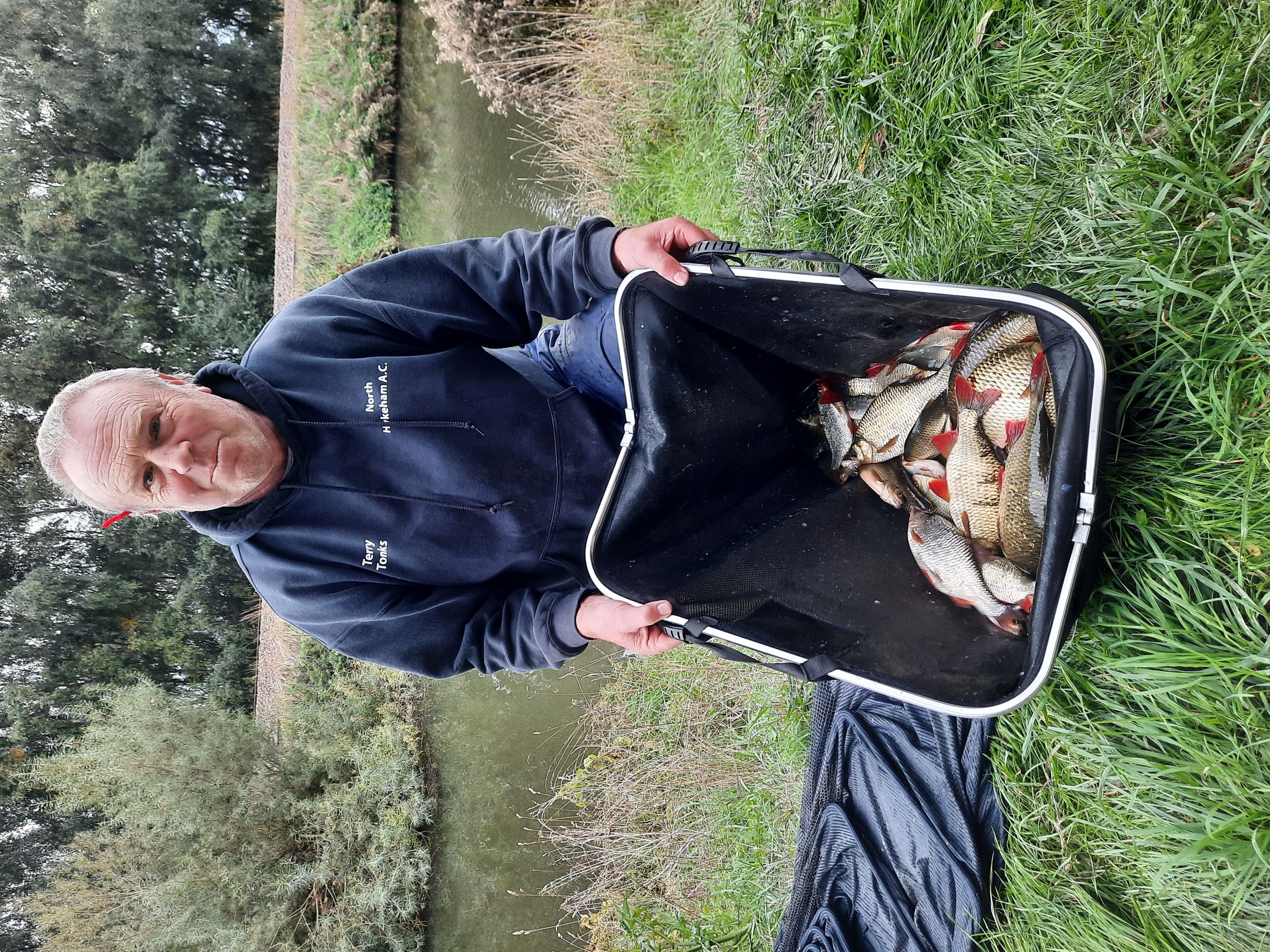