This was the penultimate match in the six-match series, pretty much in all the previous matches the Fossdyke Canal was very clear with very little run off.

It's turning out to be a two-horse race between John Barningham and Dale Whelan for the league title, with both anglers winning their respective sections yesterday.

John took top spot on the day with 7lb 3oz off peg 2 at the Bridge. John had a mixed bag of skimmers perch and roach to chopped worm down the tins with groundbait and pinkie at 8 and 11 metres.

Runner-up was Dale Whelan off peg 16 on the Roadside with 6lb of mainly roach to punch at 6 metres and groundbait and pinkie at 11 metres.

Third place went to Rylan Neal off peg 9, again on the Roadside, with a decent weight of 5lb 10 oz for a change, of mainly perch to chopped worm.

League after 5 rounds is Dale Whelan and John Barningham, both on 34 points.  Dave Hiley drops in on 29 points with Malc Firmstone on 26 points. Then look at this, young Tyler Thompson not only out pointing his father but giving both John Blades and John Small a run for their money, all three on 25 points. 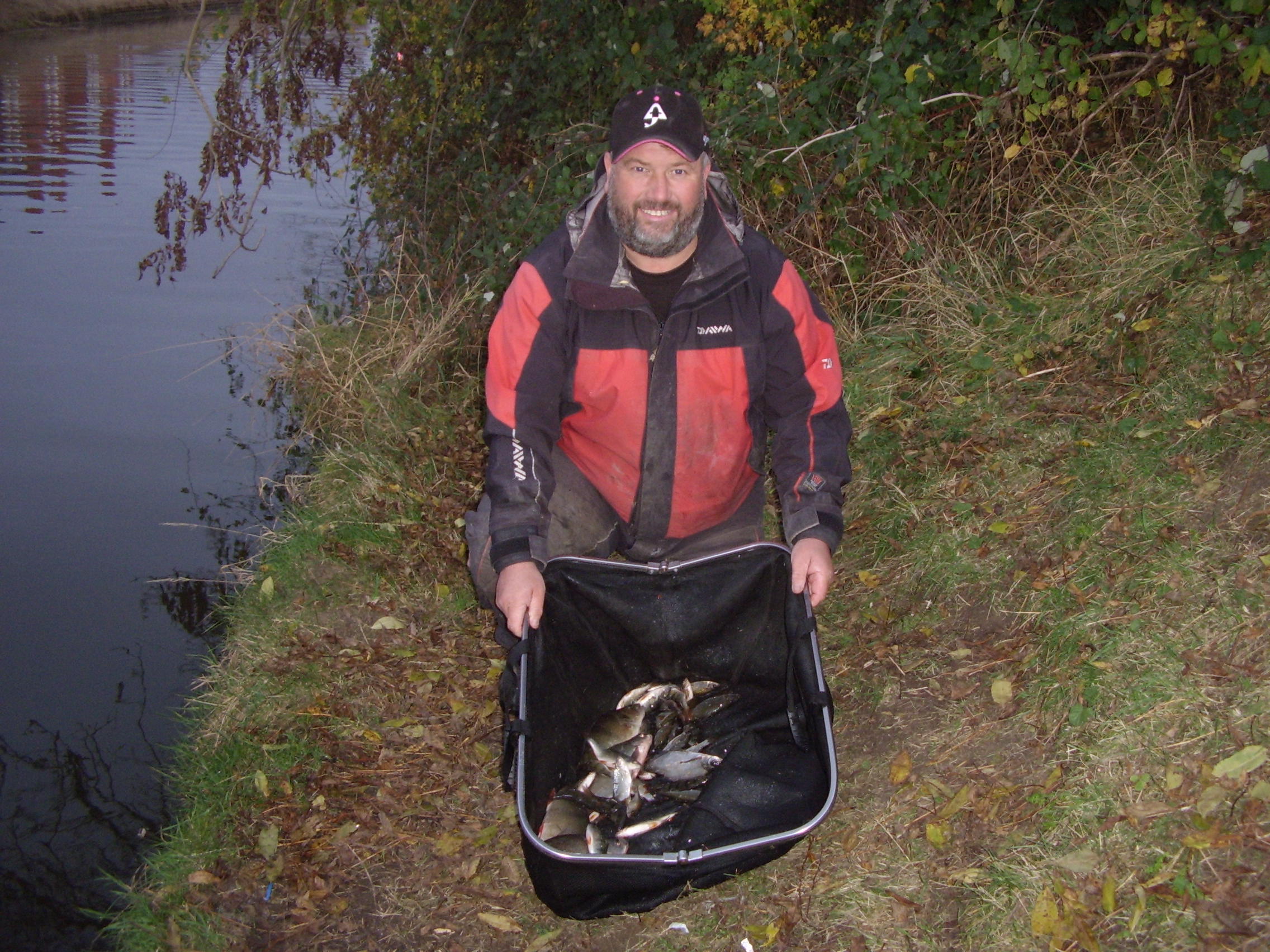