Lincoln and District AA organised an open match on the Fossdyke Canal this Thursday and for the first time this winter the canal was carrying a lot of colour and ran off for most of the match.

The top man on the day was the consistent Linc's Match Squad angler John Small off favoured Peg 1 at the Bridge with 10lb 2oz.  John fished groundbait and pinkie at 6 metres for about 3lb of small Roach and a Perch of 1lb.  A change to caster at a half a metre out changed John's fortunes, catching a Bream of 4lb, plus Roach, skimmers and two more good Perch for his winning weight.

In a very close second place off the next peg, Peg 2 was Paul (Johno)Johnson (Linc's Match Squad) with 10lb 1oz.  Johno fished at 13 metres with groundbait and pinkie to take two good Bream, skimmers, Roach and Perch.

In third place was Graham Green (Linc's Match Squad) off Peg 9 on the Roadside with 7lb 5oz of skimmers, Roach and Perch – utilising his inside overhang feature that produced the bulk of his catch. 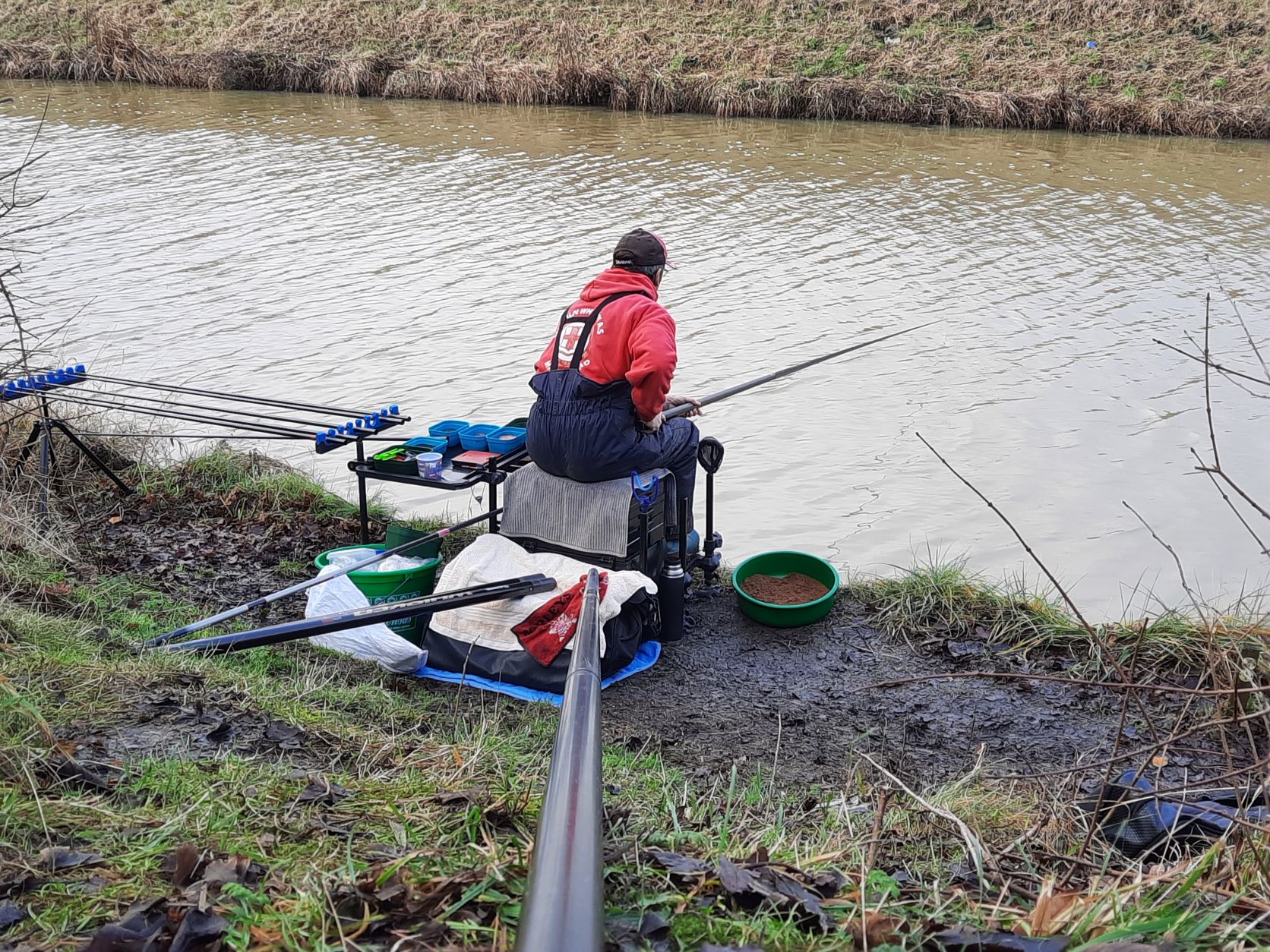